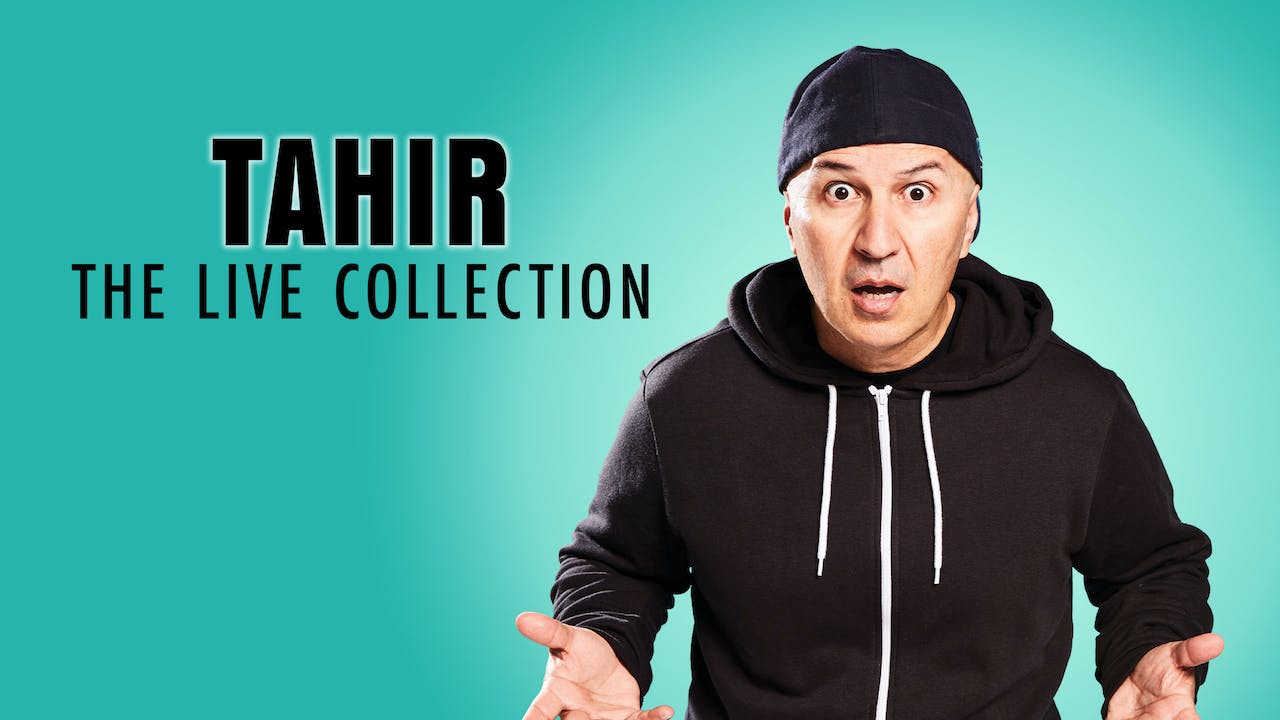 A collection of everything Tahir has ever released.

TAHIR LIVE
Tahir is one of Australia’s busiest comedians. He has been a feature in all comedy venues around the country and had numerous television appearances and credits.

Tahir was named Comedian of the Year and has even been Logie nominated. He has worked with the who’s who of the industry and has been booked for countless private and corporate functions. He is a regular at major Comedy Festivals, on panel shows, television debates and even Celebrity Theatresports!

JUST ASK ME
Don't be a tight-ass! This is a DYNAMIC night of comedy delivered by a natural comedian who is one of the finest in the world! Filmed over 2 weeks of sell out shows at the world famous SYDNEY COMEDY STORE - watch TAHIR in electric form as he creates an atmosphere of fun and huge laughs as he lets the audience choose the topics! YES! HE LETS THE AUDIENCE PICK THE TOPICS! JUST ASK HIM! TAHIR has done his bit - now do yours! For more information JUST ASK HIM!

THE CITIZEN TEST
Australia is a melting pot of culture and Tahir will explain all the ingredients. Illegals, convicts, refugees and Centrelink members all welcome. Grab a bogan and a bunch of your ethnic friends and come have a laugh. This show contains a full mullet and a kebab with sweet and sour sauce.