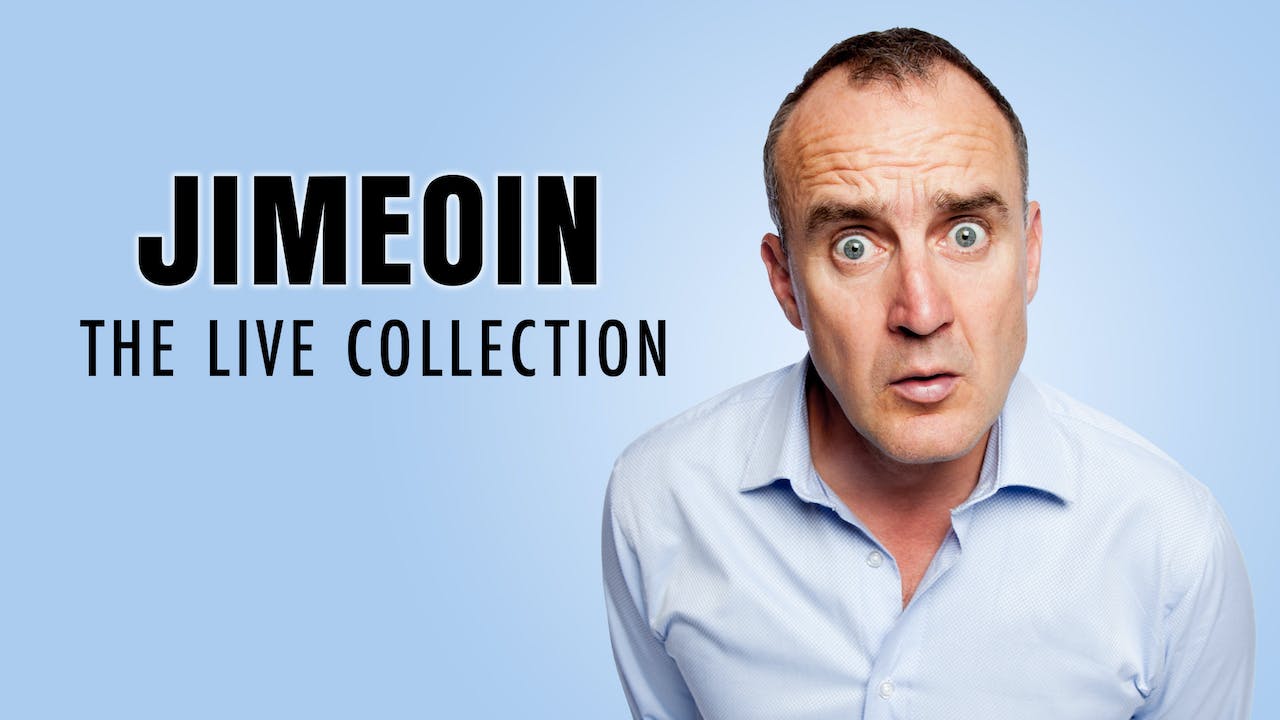 ALL OVER THE SHOP
On a warm night in June in the year of our Lord 2001 Jimeoin stepped on stage at The Gaiety Theatre in Dublin. He shouldn’t have been there. They were expecting the Bay City Rollers, but no one seemed to notice. It rocked!

ON ICE
From the magical world of Jimeoin comes this smash hit show Jimeoin on Ice. See Jimeoin gracefully skate through brilliantly funny observations on the absurdities of everyday life. So, don't just sit there reading the blurb, get your skates on and watch this Comedic Masterpiece.

SOMETHING SMELLS FUNNY
There is a hilarious aroma in the air. It's Jimeoin's new show SOMETHING SMELLS FUNNY. Filmed in front of a capacity crowd, he effortlessly makes you breathe in his witty brand of charming humour that will leave you covered in the unforgettable stench of happiness.

WHAT
Internationally hailed as one of live comedy’s masters, Jimeoin brings his hilarious new show into your lounge rooms in this stunning presentation of world-class stand-up. A series of hilarious, often surrealistic climaxes, this is the comedy of one who truly perceives human behaviour, breaks it up and puts it all together again in all its ridiculousness to leave you with your eyes streaming.

JIMEOIN & BOB'S COOKING SHOW
Jimeoin and Bob Franklin serve up a comedy feast in 'The Cooking Show'. Filmed live from The Famous Spiegeltent, join Jimeoin and Bob in this hilarious one hour stage show as they prepare dishes which have seemingly no educational or culinary merit... but are really, really funny.

YEE HAA
Join Jimeoin for a night of boot scootin, thigh slappin, tootin and a hootin laughs this side of funnysville.