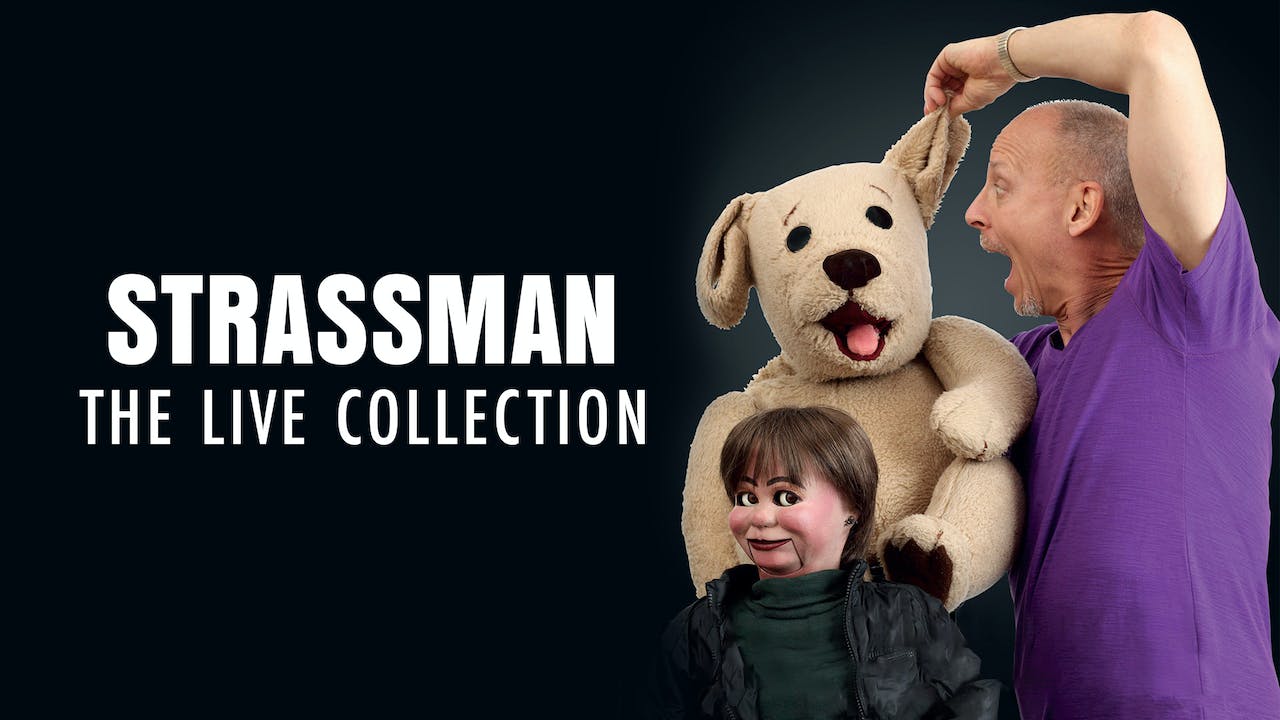 A collection of everything David Strassman has ever released. Rent it now! Access for 1 month from purchase date for collection and 3 days for individual titles.

Live
David Strassman is the man who became the first ventriloquist for 30 years to have his own solo show in the West End of London. A hatful of rave reviews have supported the claim that he is dragging a long-dead art form into the modern age. Now, Dave invites you to sit back and enjoy his internationally acclaimed show - Strassman Live!

Live Vol. 2: The Chuck You Tour
Filmed at Her Majesty's Theatre in Adelaide, Australia, this hilarious show introduces brand new characters, takes you on a comedic journey with Strassman's twisted puppets, and, includes side-splitting outtakes from his TV series!

Live Vol. 3: Get Chuck'd Tour
From the dark and disturbingly twisted mind of David Strassman comes a hilarious all-new show! The puppets are staging a revolt and tensions are running high! The Get Chuck'd Tour picks up where the Chuck You Tour left off with some big surprises and a brand new twist.

Live Vol. 4: Ted E's Farewell
Ted E's Farewell is one of Strassman's most hilarious shows ever! The much adored Ted E. Bare has announced his showbiz retirement and, in this side-splitting comedy, we find out why. With hilarious new routines from a menagerie of puppet freaks and wanna-be replacements, this dark and edgy show will leave fans in stitches.

Live Vol. 5: Careful What You Wish For
With close to 200,000 DVDs sold in Australia and over 25 years appearing on local stages and television screens, LA-born, Aussie-adopted ventriloquist David Strassman is one of the most popular comedy acts to ever set foot on our shores. Strassman brings his iconic characters Chuck Wood, Ted E. Bare, Grandpa Fred and more to the stage once more; guaranteeing to have any audience in stitches.

Live Vol. 6: iTed E
Join international comedy star David Strassman for this hilarious live performance. iTedE uproariously parodies our technology -laden lives. The sharp-tongued Chuck Wood and loveable Ted E. Bare are constantly on their devices. With everyone connected to social media and the internet 24/7, will Strassman get them back under control? And, in a world-first, Strassman simultaneously operates 5 characters in a 6-way conversation. Once again, he revolutionizes ventriloquism.