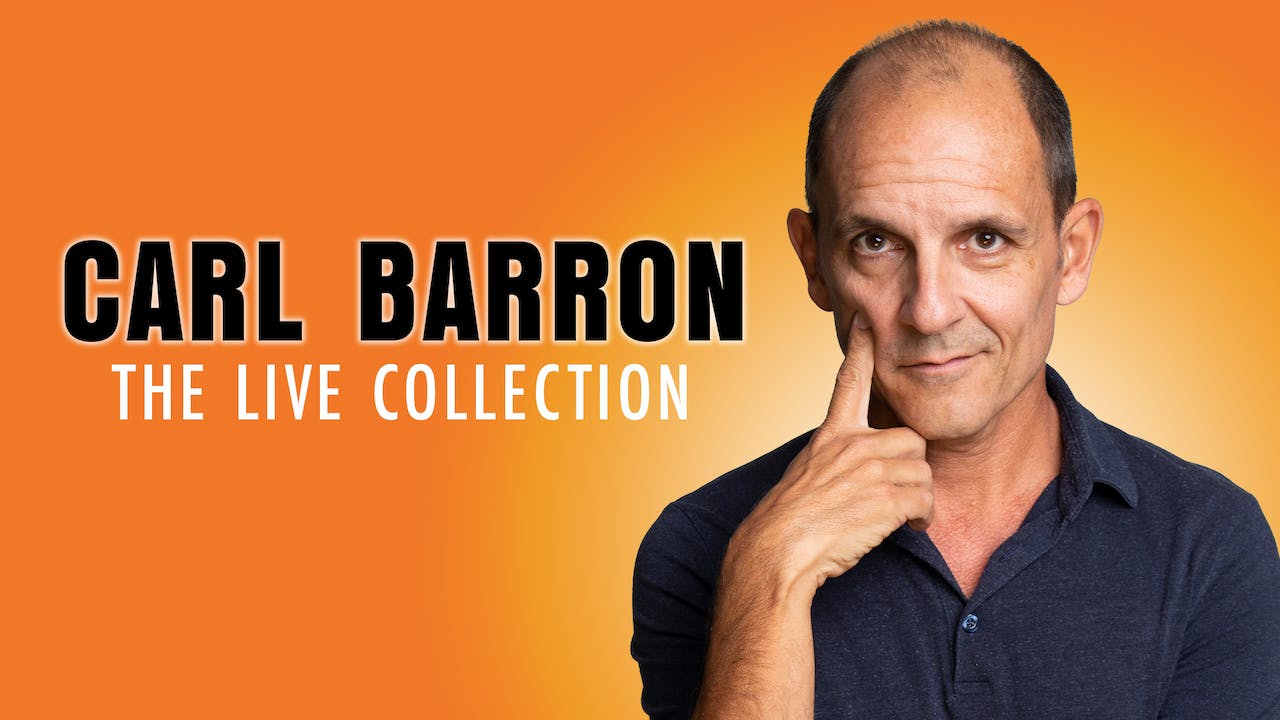 A Collection of everything Carl has ever released -

LIVE
In this very special performance, Carl has the audience in stitches from the moment he walks out and says… “How’s it going?” In order to experience the true essence of Carl Live, we capture every moment, gag, grimace… etc – No fuss, just a really good belly laugh!

WHATEVER COMES NEXT
Join the all-conquering king of observational humour as he serves up part two in ‘Whatever comes next’. Features over an hour of Carl’s award-winning show plus special behind-the-scenes footage taking you on a journey you will never forget.

WALKING DOWN THE STREET
Carl Barron's topics jump from one to the other and back again until you find yourself helpless with laughter. “What a show this was; a mixture of stand up, musical attempts and crazy facial expressions. Barron captured his audience from the word go. People were laughing so hard they were either crying or nearly falling out of their chairs” The Age. As a first class comedian who plays off audience reactions with ease, Carl Barron's comedy brings out the funny side of everyday life. Walking Down the Street is quality Australian comedy, so achingly funny you may be in danger of wetting your pants.

Join Carl and the many different characters he meets in this, his first documentary. It is a comical, honest and unpretentious account of Carl and his Dads journey back to Longreach to rediscover the town where he was born, the house he grew up in and to perform for the locals for the very first time.

A ONE ENDED STICK
Australia’s most popular comedian is back with another hilarious show. Filmed live in front of a packed house at the beautiful Lyric Theatre in Brisbane. Come on a journey with Carl in this intimate 90 minute performance as he explores his favourite subject: everyday life. Half man, half child, this is Carl doing what he does best - talking about the things we all relate to and making them very, very funny.

DRINKING WITH A FORK
Australia's most popular live comedian hits the stage with his funniest show yet. Filmed at the beautiful Newcastle Civic Theatre, experience the magic of Carl Barron's Drinking With A Fork. Annoying birds, bad joggers and whistling while you talk are some of the subjects he covers in his own personal relatable style. Sit back and watch one of this country's great comedic minds at work as he presents a hilarious evening of stand up with a bit of guitar - or as he likes to call it - drinking with a fork.